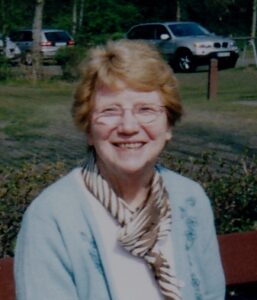 Stella was born in Sheffield in 1932. She grew up and lived in the Hillsborough and Wadsley Bridge areas until her late 40s and worked as a primary school teacher in the city until taking early retirement.

She sang in her local church choir, first at Wadsley Bridge, then, after marrying Alan Jockel, at All Saints Totley where he was the vicar. Stella became the church choir mistress and really enjoyed working with young voices as well as encouraging young organists. In her later years she also helped with music at Beauchief Abbey.

Singing was her main passion, but she also loved travelling, birdwatching, walking and the countryside, and she lent her support to organisations concerned with protecting nature into the future.

Stella sang as an alto with the Sheffield Philharmonic Chorus for over 60 years, joining up in 1952 aged just 20. One of her first concerts was Elgar’s Dream of Gerontius, with Kathleen Ferrier and the Hallé orchestra conducted by Sir John Barbirolli at the new Festival Hall in London. This work became her favourite piece of music, and she sang it with the Chorus in 1964, on the highly-acclaimed Warner Classics recording with Dame Janet Baker and the Hallé orchestra and choir, conducted by Sir John Barbirolli.

More latterly Stella was involved in several trips made by the Chorus to Bochum, which was twinned with Sheffield after the Second World War. She welcomed and helped with hosting choirs from Bochum on their return visit to Sheffield. The relationship with Bochum meant a lot in those post-war years, and has continued ever since, with joint performances as recently as 2021 when the Bochum choir sang Messiah with the Chorus in Sheffield City Hall.

Stella retired from the Chorus in 2013 due to health issues affecting her balance and died in 2020, aged 88. It is entirely fitting that part of her generous bequest to her beloved Chorus will be used to support young composers via this competition. She would have been thrilled. 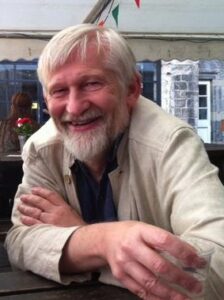 George Nicholson is Emeritus Professor of Music at the University of Sheffield, having held the post of Head of Composition there between 1996 and 2020. During that time, he regularly conducted the University Symphony Orchestra, Chamber Orchestra and New Music Ensemble, making use of every available opportunity to promote new work by emerging student composers alongside classic repertoire pieces and to foster and encourage the talent of young solo performers and conductors. He is Director of the Sheffield Lydian Singers and President of the Sheffield Bach Society, and has also acted as their conductor for a number of concerts during the last year.

In his various roles as pianist, chamber musician and conductor, George Nicholson has developed an extremely wide range of musical interests, and his repertoire extends from Tallis to Boulez and beyond. His list of original published compositions now numbers around a hundred, including a flute concerto commissioned by James Galway and a cello concerto for Moray Welsh, five string quartets, and a variety of other chamber works, vocal pieces and piano music. Recent works include a new piano trio for the Leonore Trio. 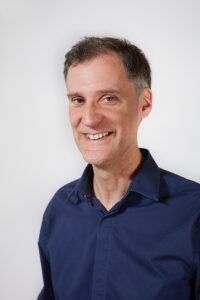 Darius is music director of Sheffield Philharmonic Chorus. He prepares the choir for visiting orchestras and conductors, and has conducted performances with the Halle, Royal Liverpool Philharmonic, Northern Sinfonia and Manchester Camerata. Since he took over, the choir has performed from memory for the first time and has appeared at the Proms and on Chandos recordings with the BBC Philharmonic. He recently directed the Chorus with Black Dyke Band in premiere recordings of the brass arrangement of Rutter’s Gloria, Paul Mealor’s new work Paradise, and in a CD of Christmas music which included several of his own arrangements.

He is a regular guest chorusmaster or conductor with choirs such as the Northern Sinfonia Chorus, Leeds Philharmonic Chorus, Huddersfield Choral Society, CBSO chorus and Netherlands Radio Choir. He recently prepared the Lucerne Festival Academy for a performance of Berio’s Coro conducted by Simon Rattle, and conducted the BBC Philharmonic in a CD of music for the BBC Young Choristers of the Year.

As Leeds City Organist, Darius gives regular recitals in the Town Hall. He has appeared as organ soloist with the Halle and London Philharmonic Orchestra, is a regular orchestral organist and pianist for the BBC Philharmonic and Halle orchestras, and gives organ recitals across the country. 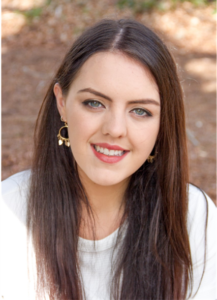 Clara was a member of the Halle Youth Orchestra for many years and went on to study the cello with Jennifer Langridge at Manchester University where she was principal cellist of the University of Manchester Symphony Orchestra. Clara still performs with the Eskandari String Quartet and a number of ensembles in and around Manchester. 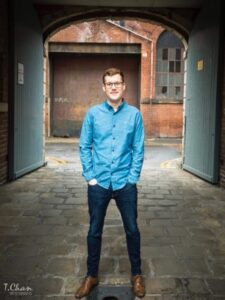 George Morton is a conductor and arranger based in Sheffield, UK, He is the Musical Director of the Sheffield Philharmonic Orchestra and regularly works with the Picture House Orchestra and Babylon Orchester Berlin.  This season he makes his conducting debuts with the Orchestra of Opera North, Grimethorpe Colliery Band, and Vaasa City Orchestra (Finland).  He’ll also return to the Roma Tre Orchestra for concerts in May 2023. He has appeared as Guest Conductor with ensembles including Northern Ballet Sinfonia, Covent Garden Sinfonia, Hallam Sinfonia, and, Sounds of the Engine House.

George’s arrangements and reductions have been performed to great acclaim at venues across the world and are published by Universal Edition, Schott Music, Boosey & Hawkes, and Novello & Co.   George is the founder and director of Steel City Music Publishing, an independent publishing house that specialises in producing arrangements, orchestrations and transcriptions for chamber orchestras and ensembles. 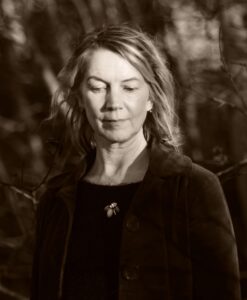 Katharine Towers is a poet who was born in London and has lived in the Peak District for over 30 years. Her work reflects her interest in the natural world and her love of music and has been read on BBC Radios 3 and 4.

She has published three full collections with Picador and a pamphlet The Violin Forest with HappenStance Press in 2019. Her first collection The Floating Man (2010) won the Seamus Heaney Centre Prize and her second The Remedies (2016) was shortlisted for the TS Eliot Prize. Her most recent 2021 collection Oak (about the life of an oak tree) was longlisted for The Laurel Prize for nature poetry and was a Poetry Book of the Month in The Guardian. She also writes a blog about Virginia Woolf. Her sequence of poems about the composer Gerald Finzi is to be published next year. Katharine grew up singing in amateur choirs and has sung with the Sheffield Philharmonic Chorus for several years.

The Chorus performs with Orchestra in Residence the Hallé and acclaimed soloists as part of the Sheffield International Concert Season at Sheffield City Hall and at other venues around the United Kingdom.  It has participated in The Proms on a number of occasions and has developed touring and performance links with the Philharmonischer Chor based in Bochum, one of Sheffield’s twin towns in Germany, and with the Ensemble Vocal Perigueux based in Perigueux, France.

The Chorus presents a challenging and exciting programme under the patronage of BBC Radio 3’s Petroc Trelawny and acclaimed actor Samuel West, and the vibrant and inspiring leadership of its Music Director, Darius Battiwalla.

The Chorus is always keen to welcome new members in all voice parts, but especially tenors. If you love singing and would like to perform on stage with a large symphonic choir, you are welcome to try the Chorus out any Tuesday evening. Visit our New Members page for further details, and contact 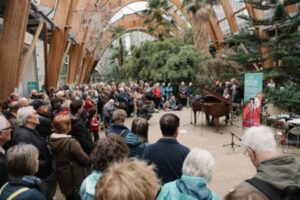 Members can advertise their events on a high-quality website that is a ‘one-stop shop’ with regards to classical music-making across the city, enabling anyone who is curious about classical music to find out more about what is on in the city and how to experience it.

Any person or group based in and around Sheffield who is committed to the development and celebration of classical music in its widest definition can become a member. In return for a small subscription fee, members are able to promote concerts, groups and organisations on the Classical Sheffield website, which has around 2,500 visitors per month. Their events are also included in weekly listing bulletins and feature in Classical Sheffield social media, and of course all members are able to participate in festivals and events.

Classical Sheffield encourages voluntary and young music-making groups across Sheffield to collaborate with one another and with a range of musicians, performing a diverse repertoire of classical works, old and new, conventional and innovative. It is delighted to support this new competition for young composers, and that the winning entry will be performed as part of the 10th anniversary Festival Weekend. This three-day festival of classical music in venues across the city aims to attract over 10,000 audience members and promises to be as successful as the previous festivals. See Classical Weekend 2019 on YouTube

Music in the Round @musicintheround ·
30 Nov

WOW! In just 24 hrs we've received over half our £12,000 target - an amazing start to our @BigGive #ChristmasChallenge22!
Huge thanks to everyone who has supported us already. Please donate now for your gift to be doubled & help us smash our target. http://Bit.ly/MITRBIGGIVE22

🎅🎻It's beginning to look a lot like Christmas - https://mailchi.mp/40283de3920b/its-beginning-to-look-a-lot-like-christmas