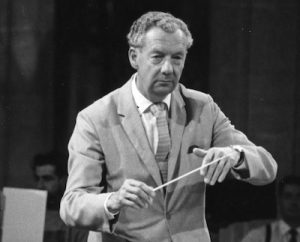 Steve says “I chose the War Requiem in memory of my wife, who had died two years earlier, and my mother who died earlier that year, and because it was Britten’s centenary year and I’d worked with him in the 1960s and had admired his War Requiem since I first heard it in 1962. It is an expensive work to perform, but my mother had left me some money – and she’d have been glad that I put it to good use. The whole experience of helping to organise the concert and the emotions of the performance itself have left wonderful abiding memories.”

Read why for Jo Briddock, 2nd Alto with the Chorus, her fantasy concert would have to include Brahms’ Requiem.

people: opera is a dying art form no one cares about!!

Met website: *crashes under the weight of everybody trying to watch Carmen in an attempt to cope with quarantine*

Everywhere you look at the moment there's talk of #Coronavirus

It's understandable to feel stressed or worried, especially if you're already struggling with your #mentalhealth

So we've put together some top tips to help you look after yourself.

Following the recommendation from the UK government, we will be closing to the public with immediate effect.

All current performances have been cancelled and we will be cancelling future performances through to Sun 5 April.

@SheffPhilChorus @SPSLeeds Thank you so much for singing Bach B min Mass with us. You made such a difference & we enjoyed working with you!